The decisions that we make for our children at age 2 will impact them for the rest of their lives.  Giving children the gift of a second language provides them with skills for a lifetime and can help them become more informed, enlightened, and compassionate global citizens.

At the French School, we welcome children when they are at the optimal age to learn French, giving them the opportunity to develop a high level of language proficiency and fluency.  We are the only language immersion preschool in the North Shore of Chicago and we pride ourselves on our native French-speaking teachers and small class sizes, allowing the teachers to give focused attention to each child and tailor the curriculum to students’ individual abilities.

At the French School, children learn good manners, teamwork, respect and discipline. My husband and I find these aspects to be very important to the overall success of a child, and appreciate how the school introduces these skills at an early age. Merci!

Language proficiency is directly related to the frequency and intensity of the exposure to a language. Therefore, a total immersion program is the most effective way to learn a foreign language. The French School espouses this successful method taught by native French-speaking teachers who communicate exclusively in French. Our immersion preschool and kindergarten meets 5 days a week giving your child the necessary exposure to the French language as opposed to one-hour programs that only meet weekly. 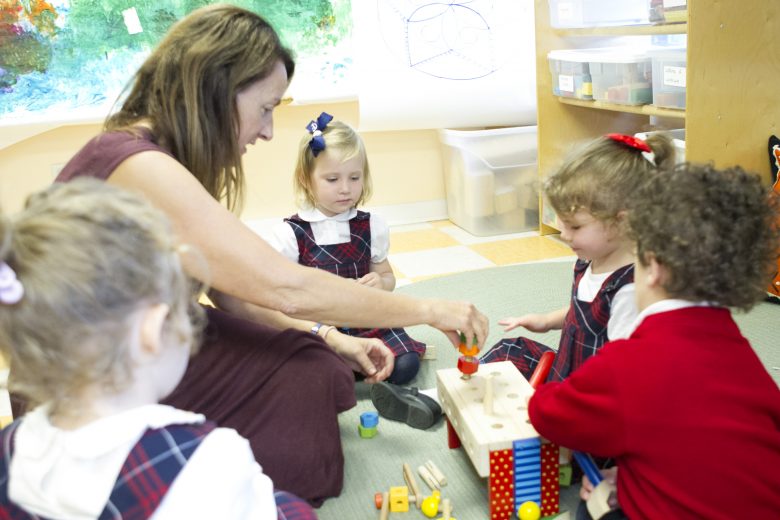 Early childhood research has shown that the ability to learn languages is at its peak between birth and 6 years of age. Shortly after, the ability to learn a language quickly diminishes. This is largely due to neurological changes occurring during this critical period. The brain of a young child has twice as many connections, called synapses, than an adult. If these synapses are not refined and strengthened, they disappear through a process called pruning, and can never be reestablished. Therefore, a young child’s mind figuratively “soaks up” information and can easily learn not only one, but several languages. We take advantage of this window of opportunity – when language acquisition and native accent imitation are easiest.

From day one, teachers at the French School speak only French. Through facial expressions, gestures, body language, props and visuals, children understand what is being communicated and may not even realize the teacher is speaking a different language. 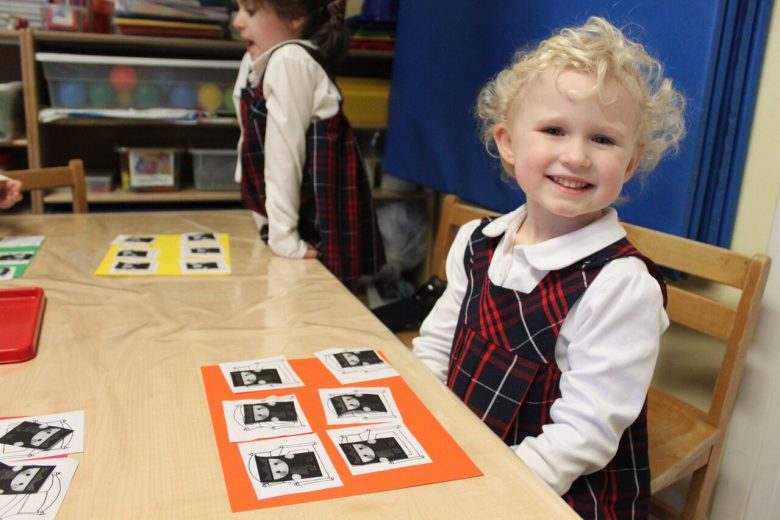 There are countless academic, cognitive and social advantages to learning a second language at an early age that can lead to future career and earning success.
Learn More 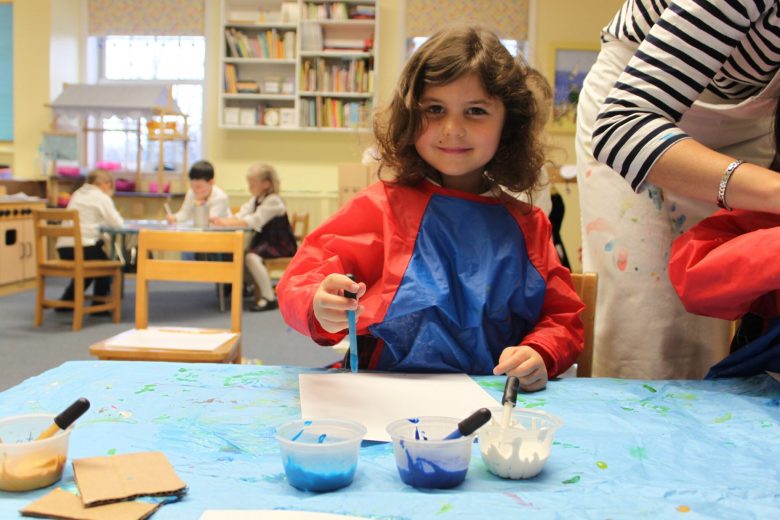